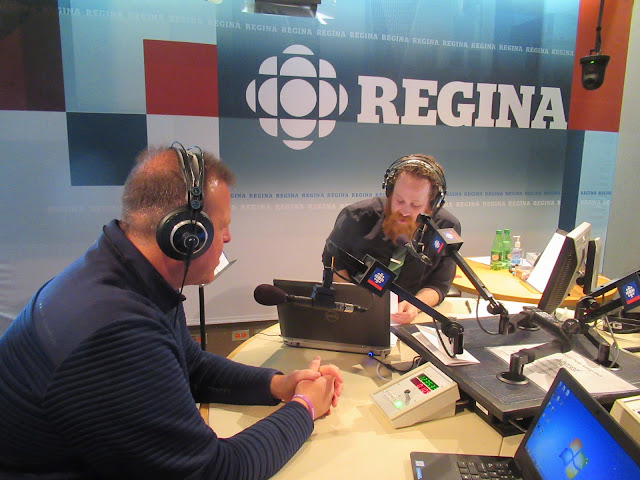 Rod Pedersen has many memories of past Super Bowl parties, but not all of those memories are good — and that's why he's brought a new way to celebrate the big game to Regina fans who have struggled with alcohol addiction.

"Super Bowl was always not just a football game — it was a reason to drink, to be honest with you, for a guy that was suffering from alcoholism and active alcoholism," said Pedersen, who recently celebrated his third year sober.

The voice of the Saskatchewan Roughriders for the past 20 years, Pedersen said he knew he had to change when his workplace staged an intervention.

Being sober doesn't mean an end to having fun, though, so when Pedersen heard about Sober Bowl parties, he was intrigued.

"I'd still like to have a Super Bowl party. Why can't we have sober one with no alcohol?"

Sober Bowl parties are being hosted in cities like New York, Houston, and Minneapolis, and now Pedersen is bringing the idea of an alcohol-free Super Bowl celebration to Regina.

"We need these in Saskatchewan. We need to bring families together for a sporting event like this, and make it safe and know that they're going to drive home. We have this embarrassing stat of the highest drunk driving [rate] in the nation — like, very embarrassing."

Featuring a nacho and chili bar, Regina's Sober Bowl party will be held on Sunday at Tony Roma's Restaurant on Albert Street. Tickets are $30 for adults and $20 for kids, and the money raised will go to Oxford House, a sober-living facility for people who are newly out of treatment.

"It's just a party to watch the football game, that's all it is," Pedersen said. "Nothing too extravagant."