10 QUESTIONS ON PROBLEM DRINKING AND ADDICTIONS 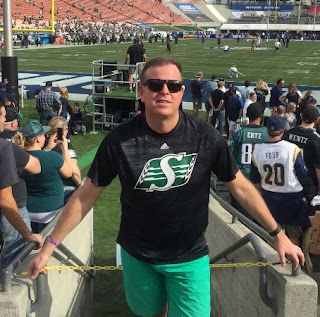 As someone who's very open about the fact I'm in Recovery - or "achieved sobriety" - I get asked many questions on a daily basis about the disease of Alcoholism. In the just-past three years since I made the "life change", I've learned SO MUCH about what was afflicting me my whole adult life, and for a lot of my teen years.

This blog was designed to help people; whether they are battling addictions themselves, or their loved ones or co-workers who seek a deeper understanding of the Disease of Addiction.

I'd also like to thank Saputo Dairy's Milk2Go Sport for coming on board with sponsorship. They believe in what I'm doing. 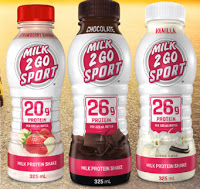 #1. WHEN DID YOU DECIDE TO STOP DRINKING? HOW DID YOU KNOW WHEN IT WAS TIME?

That decision was made for me. After several failed attempts at quitting drinking (on my own), I had eventually quit quitting and gave up on myself. When I'd made the decision that I was a lost cause, the roof caved in pretty quickly and I hit rock bottom on January 26/2015.

So it was then that my bosses staged an Intervention and a document was shoved in front of me that said if I didn't get help for my drinking, I would be terminated. That was a very emotional day. They weren't giving up on me, but they'd had enough of my crap.

Over the years in sobriety, I've seen it over and over again; people don't quit drinking or abusing drugs until push-comes-to-shove.

I'm not fond of a lot of the sayings that are popular in Recovery but there are a few that are really true. One of my favourites is:

For me, it was Hammer Time.

#2. DO YOU STILL THINK ABOUT DRINKING?

Of course! That's why they call this a lifelong battle.

I was in Mexico just a few weeks ago and on the first day of the trip a conversation was going on in my head that went like this:

RIGHT EAR: "This is an all-inclusive resort! It would be a shame if you didn't have a few drinks!"

LEFT EAR: "But you don't want just a few drinks. You want a lot of drinks, and then people will know you're smashed."

RIGHT EAR: "Who cares! We'll figure that out later. Let's just start with a few drinks and see what happens!"

LEFT EAR: "There's a lot of people back home who are counting on you and looking up to you. You can't let them down."

I never thought about drinking for the rest of the trip after that conversation in my head. We had a fabulous time!

But I'll never forget at one support group meeting I was in, an oldtimer who had over 40 years sobriety told us that he had a "drinking dream" the night before (a dream in which you are drinking).

I've had those dreams too. I thought to myself, "Oh man! I'm going to have this damned disease FOREVER!"

But you know what? Of all the lifelong incurable diseases that are out there, I'll take Alcoholism 10 times out of 10. If I abstain from it, I can have an excellent life.

Does my life look boring to you?

I'll tell you what's NOT boring!:
- Not having to apologize for your behaviour.
- Not being in fights with my wife over my drinking, or anything else for that matter.
- Remembering everything that happened the night before, and what was said by everyone.
- Having peoples' trust.
- Not having to line up a ride, an expensive cab, an Uber, etc.
- Having my sh*t together.
- Being invited to great events rather than being uninvited because no one wanted me around for fear of what I might do or say.
- Waking up everyday not knowing what's going to happen in my life, but knowing it's going to be extra special because I work every 24 hours to be the best person I can be.

I don't think there's any substance in the world that could replicate that rush of adrenaline and wave of good feelings that I get everyday.

#4. WHY IS IT SO DIFFICULT FOR SOMEONE TO STOP DRINKING?

Because you're addicted to it. You. Love. It.

It's not about willpower or intelligence. When Alcoholism or Addiction has you in its clutches, it's very difficult to be aware of anything else in your life.

On a daily basis I see people choose alcohol or drugs over their families or job. Sometimes I can't understand how someone could make that choice and then I'm reminded that at one point in my life, I would've chosen alcohol over everything so I get it.

That's still a very clear moment for me.

It was in my Addiction Counselor's office and he told me I had a disease. I snapped and screamed, "No it's not! You can't take a pill for it and it goes away! It's not a tumor that you can have removed!"

He calmed me down and explained that Alcoholism has been recognized as a disease since the 1950's by the American Medical Assocation. He said, "It's a Mental Illness, Rod. You have it."

In that moment, my life changed.

I realized that with daily care, I could beat this. 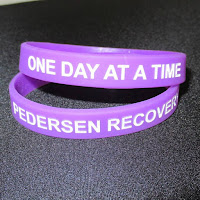 For someone not battling Addiction or any other Mental Illness (Anxiety, Depression, O.C.D., etc.), I know the concept of One Day At A Time can be very hard to grasp.

I wear a bracelet with that mantra and when "Earthlings" or "Normies" ask me what that means, they act like it's written in Chinese. They just don't understand.

In simple terms, it's a daily battle against your demons because the sons-of-bitches never go away.

But if you do daily things to arrest them or keep them at bay, you've at least got a chance.

Let me first say that when I first got into Recovery, all of the things I'm about to say sounded like complete BS. Very flaky. But as each day went by and I eventually came out of the Alcoholic Fog, I noticed the people around me were having great success in Recovery using methods like these.

Here are some of them:
- Upon awakening, I say this prayer aloud, "I arise, Oh Lord, to do thy will". It's the simplest, shortest prayer for a dummy like me to remember. Early on if I'd forgotten to say it in the morning, I'd say it as soon as I remembered. Now, it's automatically the first thing in my head.
- Because of the extensive Cognitive Behavioural Therapy I've received from world-renowned yogi Sadhguru, I repeat this phrase aloud, "I awake to create a loving world."
- I repeat outloud the following Affirmations: "I am Happy. I am Safe. I am Healthy. I have Peace. I am Strong."
- I then read a short daily reading from two Apps: My Spiritual Tookit and The Secret.
- This whole process only takes about 1-2 minutes.
- I don't go three days without working out, and try to go daily at Evolution Fitness.
- I go to at least one meeting per week.
- As you'll see, most of this stuff is completed by 10:00 am and I'm ready to tackle the world with strength, confidence and a great frame of mind.
- In the evening, I'm able to fall asleep within seconds using the art of Meditation.
- When my mind and heart are racing and I can feel Anxiety building up inside me like a hurricane, I automatically go into Meditation. My awareness immediately focuses on the NOW, and the realization that all is perfectly fine in my life at that specific moment.
- I go to a weekly Yoga class and will for the rest of my life. It's great for the body but even better for the mind.
- I have successfully trained my mind by doing these daily rituals without fail. IT WORKS.

*Recently a lady asked me what her husband (a problem drinker) could do to slow down his mind and not have to reach for the bottle. I mentioned some of these rituals and she said, "Oh he'll never do that."

My response?: "Fine. Keep struggling then."

#8. ARE YOU AGAINST ALCOHOL?

Absolutely not! Some of my best friends and associates work in the beer industry. As a matter of fact, beer companies are some of the biggest sponsors of the sports teams, leagues, and broadcasts that I'm associated with. Coors Light sponsors my sports blog and radio show!

It would be career suicide for me to tell the whole world not to drink. The simple fact is some of us just can't handle it.

Addictions and Alcoholism are a personal problem.

I heard a guy once complain that there should be no strip clubs because he's a sex addict and that cost him his family, job and finances. That's similar to saying there should be no casinos because you're hooked on gambling and have no money for groceries or rent.

That's your problem, not everybody else's.

Drinking was my problem and mine alone.

I will never, ever judge other people for their personal choices (unless they live under my roof) and that's mostly because I hated being judged for so many years.

Do what you want! But if and when the partying becomes a problem, look me up.

#9. HOW DID YOU GET INTO SOBER COACHING?

One of North America's top sober coaches was attending a meeting I was at and heard me sharing. He had no clue who I was or what I did for a living.

He checked me out and called a few hours later asking if I'd be interested in working with him. He said it's clear that, for some reason, people listen when I speak. I jumped at the chance but he said I had to get some education in the field so I earned a Diploma as a Drug & Alcohol Treatment Specialist.

This spring I'll officially be an Interventionist after receiving training from Hightower Associates in Orange County, CA.

It's progressing very rapidly and that's no surprise because the Addiction Crisis is out of control on this continent.

To see someone get their job back, or their family, or their LIFE, and to know you had a hand in it is the greatest feeling I've ever had in my life. BAR NONE.

Some say this is my calling in life but I still feel I'm pretty good at broadcasting football and hockey games. That gives me great pleasure too.

I know I won't drink today.