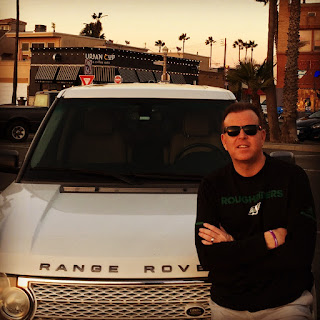 This column began in early-December in Los Angeles and ends in late-December back home in Saskatchewan. Hopefully it provides some insightful Holiday reading:

1 - We find ourselves back in the Los Angeles area for the first time since December of 2014. Once again, I'm hosting 60 sports fans and listeners of my radio show back in Canada and we've come to enjoy sun, ocean, and some NFL and NHL games. But navigating this week would turn out to be as rocky as trying to catch a wave along the Golden Coast.

2 - You see, the last time we were here, I was just six weeks away from hitting my rock bottom and getting into Recovery. Frankly a lot of that trip was a blur. I was in for quite a few surprises this time around; some pleasant and others not so pleasant.

3 - Shortly after landing at LAX, catching a tour bus to our hotel and grabbing a rental car, my wife and I set off to tour Newport Beach and find a nice place for supper. I was immediately hit with shockwaves ... WHAT FREEDOM! Not being handcuffed to the bottle or bellied up to a bar meant we were free to roam up and down the coast, roll the windows down and crank up the tunes! It hit me very early on this trip that we would have oodles and oodles of time to do whatever the heck we wanted and the freedom to do it whenever we wanted.

4 - Some are reading this and thinking: What's so special or different about that? That's because you've never battled Alcoholism and/or Addictions. See, in the past, once that plane landed I'd have been scouring the landscape for cold beer stores and dingy lounges that looked to have the best happy hours. It would have completely distracted me and, frankly, ruined Day 1 because I'd have already had several drinks on the plane, been unable to drive, and have found reasons to bicker with my wife.

This is all part of a blogpost or podcast I'll do in the future answering one of the most popular questions I get all the time: What does it mean to be Alcoholic? It means lots of things but topping the list is that booze is on your mind pretty much all of the time (in the mid-to-late stages of the disease). But you don't realize that until you're out from underneath its gargantuan grasp. (They call that 'coming out of the Alcoholic Fog').

5 - Just one more on this. Situated beside our hotel was a fabulous Outlet Mall (one of the best I've seen in America) and we spent an hour once we arrived. After we'd separately scoured the grounds for our favourite stores and then met up, I said to my wife, "You know in the past I'd have found the first lounge I could have and started drinking by now. By suppertime I'd be falling off my chair!"

The thought pops into my mind that maybe she should write a guest column on this blog with her perspective on my drinking days.

6 - Things were going along fantastically until the evening of Day 3 when, again, Alcoholism jumped up and grabbed my leg like a shark bite. Remember this is a vacation for everybody except me so there were a group of guys on a "Guys Trip". In the past, I'd have been in that group like a dirty shirt and these guys were nice enough to invite me out in the evenings most every night.

You have to understand that most times these days I can be out at functions and alcohol being present has absolutely no effect on me whatsoever. Do what you wanna do. But when you're in an old environment like this sports trip, panic attacks start to happen for an Alcoholic in Recovery.

I had three of them in Year 1 of my sobriety: 1) at an all-inclusive resort in Mexico, 2) in a sportsbar in Las Vegas, and 3) at an NFL game in Miami.

What happens? Well your heart races, your tongue gets dry and your palms get sweaty. When you're IN IT, the last thing you thing about is calling a friend in Recovery. I surely would've relapsed in those instances but I always had someone with me to make sure that didn't happen.

Initially it was humiliating to need a sober companion in Year 1 but it worked out as planned. I didn't fall in the trap.

Now, I don't put myself in those situations at all if I can help it.

7 - Even as it was this time around, I could feel my Anxiety level rising. But I reached out with text messages to three sober friends and the Anxiety totally went away. I didn't even need to tell these guys what I was going through. Just to hear from them and know that things were going great in their lives at the moment was enough to settle my storm.

So when there was a reception on Day 4 and pitcher after pitcher of ice cold beer was served up to our listeners after our radio show at Hooters, I politely excused myself to the sanctity of my hotel room.

Crazy perhaps, but if you haven't lived it, you'll never understand. And those guys who invited me out each evening certainly didn't mean any harm. They were just being nice.

That's why I'm writing these columns: to explain the disease to the "Normies" or "Earthlings" (people who don't suffer from it) and to provide strength to those who do.

8 - But you can't please everybody. I recently got a DM on Twitter from a guy who said he was on one of my trips to Dallas in 2012. He was sober 10 months at the time but said I bullied him for not drinking, and he seems to be holding onto a big resentment for that.

What can I say? That's classic Alcoholic behaviour and I don't think anyone wants to be reminded of their actions while drinking.

The Best Apology Is Changed Behaviour.

It's over. And being so open about my Recovery keeps me accountable.

Do you know how I know I won't relapse today?

9 - Now we're back home and in the Holiday Season. I heard someone in Recovery once say that Grey Cup in late-November kicked off their "Drinking Season" which lasted all through the Christmas Holidays and right through till Super Bowl. I'd say that's true for a lot of people.

I chuckled this week because I'd heard tell of the same people at the same parties and bars kicking back and celebrating the Holidays. It sounded like they were having a helluva a lot of fun.

I chuckled because it was shocking to look back at how much my life has changed over the past three years while theirs hasn't (from what I can see from the outside).

I say more power to them. My life had to change, not theirs.

10 - That includes our next trip. We had initially planned to go to New Orleans for New Years but some football friends warned, "There's not much there to do other than drink and party. It's not for you."

Early in Recovery I'd have found a way to take some offense to that statement but that's just me being defensive. They're trying to help.

So, we switched gears. Mrs. P. and I are going to Miami over New Years and that'll include some time in the Florida Keys and on South Beach. 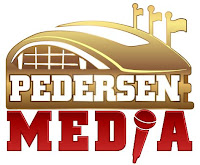